The hate the government crowd doesn’t give much thought to the alternatives to government, or much thought to much of anything for that matter. They think only in terms of generalized semantic soundings given to them by talk radio and Fox News.  Socialism! Welfare State! Big Government! Nanny State! Moochers!

Perhaps we should ask them if they would rather have the Koch Brothers telling them what to do, or answering only to EXXON MOBILE or how about the model nightmare of the Middle East where religious leaders call the shots? And of course not to forget the Libertarian spin to turn America into Thunderdome. THere are literally millions of gun enthusiasts who actually hope and pray that. And they are telling the rest of us what to do.

I have found a few things where there is something called NO RECOURSE. Google, Youtube, my bank, the used car dealer, a broker. Trouble with the free market. At least with the government there is recourse to wrongs on many levels. Rules and laws are not made arbitrarily to profit a board of directors, but by consensus of the governed.

You know, all those ideological pejoratives used by Republicans are defined by the outside world as “civilization.”

Trump had a fun day stopping Obamacare payments to insurers 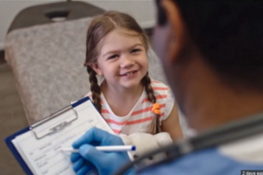