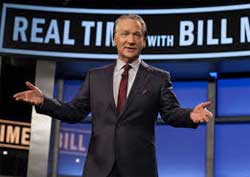 “What with Hurricane Matthew going up the East Coast and Donald Trump’s new comments on women, it has now been categorized as a category 5 poopstorm.”

A few weeks ago I found myself wondering outloud here what would happen if The Donald had enough of the mean media and up and quit. As of Friday I am hearing that from lots of pundits.

What would happen?  A Christian fundamentalist, evangelical, creationist, climate change denier, homophobe and rabid pro lifer in his stead?  How would that go over I wonder?

They Republican spin on Pence winning the VP debate last week has them going with it by saying that it puts Pence now above the top contender for 2020, Ted Cruz, who is also a Christian evangelical fundamentalist, creationist, climate change denier, homophobe and rabid pro lifer. Both of whom will have GOP primary fights with both Rick Santorum and Mike Huckabee who are also Christian evangelical fundamentalist, creationist, climate change denying, homophobic rabid pro lifers.

So after this 2016 cycle of losing all African Americans and Muslims, most all Latinos and Asians, and every person with an IQ above room temperature, they are putting their cards into adding to losing all the minorities to losing all the Millennials in 2020.

They can’t help themselves of course, because without that 30% of despicable, detestable and deplorable Americans who live where no one wants to go, the GOP is nothing.