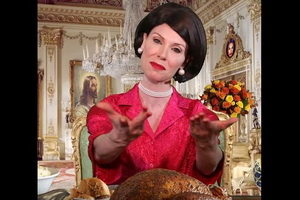 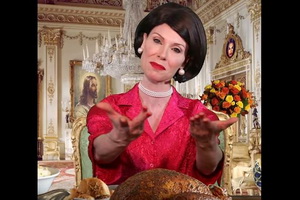 Mrs. Betty Bowers takes a moment from her Christian family to wish, us all – albeit grudgingly , a lovely holiday.
It’s the time of year when the children fashion construction paper Pilgrim hats and Indian headbands with sticky glue feathers, to celebrate the First Thanksgiving – an event that was passed down to us with glaring inaccuracies. If you want to impress your guests or break up a political debate, the New York Times printed some facts about that day.

There was a feast in 1621 to celebrate the harvest; 50 ‘pilgrims’ and 90 Wampanoag Indians were present and it lasted three days.

Pilgrims never called themselves Pilgrims. They were separatists, the term Pilgrims didn’t surface until around 1880.

Tisquantum, known as Squanto, did play a large role in helping the Pilgrims, as American children are taught. His people, the Patuxet, a band of the Wampanoag tribe, had lived on the site where the Pilgrims settled. When they arrived, he became a translator for them in diplomacy and trade with other native people, and showed them the most effective method for planting corn and the best locations to fish.
That’s usually where the lesson ends, but that’s just a fraction of his story.
He was captured by the English in 1614 and later sold into slavery in Spain. He spent several years in England, where he learned English. He returned to New England in 1619, only to find his entire Patuxet tribe dead from smallpox. He met the Pilgrims in March 1621.

There was no mention of turkey being at the 1621 bounty, and there was definitely no pie. Settlers lacked butter and wheat flour for a crust, and they had no oven for baking. What is known is that the Pilgrims harvested crops and that the Wampanoag brought five deer. If fowl graced the table, it was probably duck or goose.The menu may have also included cornmeal, pumpkin, succotash and cranberries. There were no sweet potatoes in North America at the time.

If you’re thinking about going ‘authentic’ this year, let me know how it worked out. Some people are very attached to their candied yams and pumpkin pie! 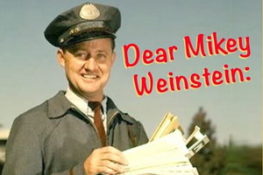 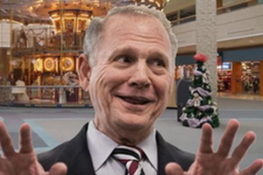