Ted Cruz President, best thing that ever happened to the Democrats, Sargent cartoon

Ted Cruz is running for president. As a doppelganger of Joe McCarthy. The parallels to the Junior Senator from Wisconsin 60 years ago is astonishing. But the real horror of it is that Ted Cruz is consciously emulating Tailgunner Joe, who represented McCarthyism, the darkest hours of 20th Century American politics.

To make things even worse, Rand Paul, Mike Lee and now Marco Rubio are on board with Cruz to shut down the government rather than fund affordable health care.  And even worse, even if they succeeded in shutting it down, it would not stop the funding of Obamacare.

And why is it Republicans so abhor more affordable healthcare for more Americans?  It’s worse than ABHOR, I can’t even think of a strong enough word as to how Republicans feel about more inclusive health care.  And using strong words is what I do.

The polls show Americans are mostly against it. I wonder how many of those are against it because it doesn’t go far enough? I would also like to see those polls broke down by race.

I suppose the answer to my question is Republicans abhor the Affordable Care Act because it will work, become popular, embedded in our society like the evil of Social Security and Medicare, and will more than likely eventually turn into a single payer system in which everyone is covered with better insurance for half of what we pay now. And what could be worse than that for a Republican?

Trump had a fun day stopping Obamacare payments to insurers 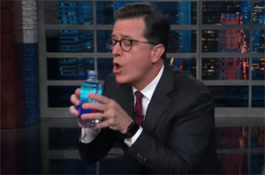